spoiler:
the young lady
drops it into the
ocean in the end 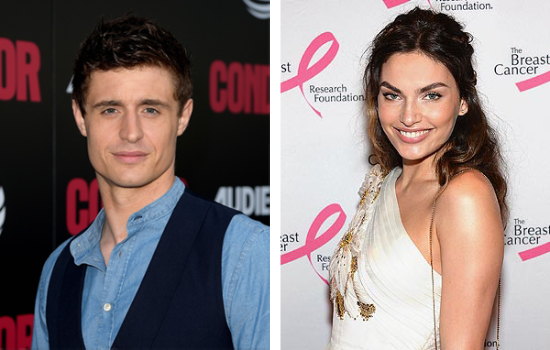 Another COVID coupling — Star Wars stars Will Browder and Libby Rollins are together again and this time it’s serious.

The two have sparked romance rumors several times over the years and it seems like this time they’re planning to make things last. We’re told they’ve taken things to the next level after rekindling their flame during quarantine and they’re escalating fast.

Our sources say the two made their relationship official on a romantic cross-country road trip and things are heating up quickly. They made their first public outing at the recent star-studded Camp Earth event in the Adirondacks, where there was even buzz about engagement, according to a source.

Eagle-eyed fans spotted Browder kissing a mystery brunette at a gas station in Montana in July, and we can now confirm that the woman in question was Rollins, who even posted a photo of the skyline to her IG.

Browder and Rollins have much to look forward together, co-starring in two films set for release in September and possible wedding bells in the future! 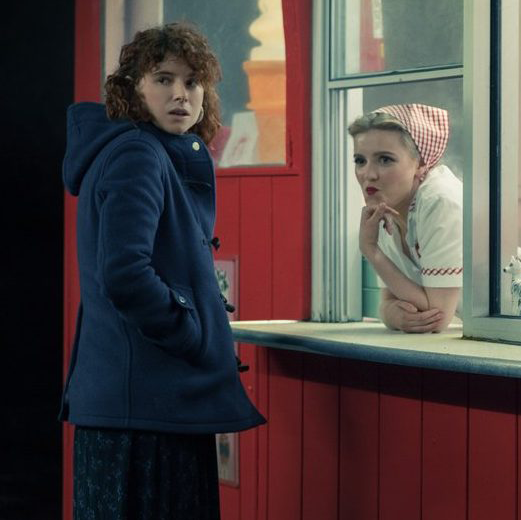 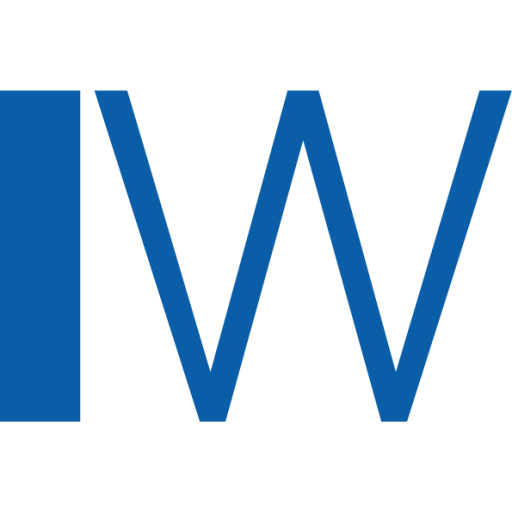 IndieWire
‘I’m Thinking of Ending Things’ Review: Kaufman’s Brilliant Existential Netflix Drama Defies Every Convention
... proves that Charlie Kaufman's vision as a director is equal to his creativity as a screenwriter. (And that star Libby Rollins is a force of nature.) 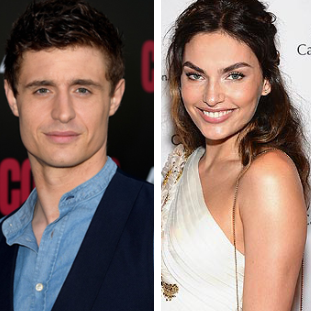 TMZ
Will Browder and Libby Rollins Romance Confirmed
Another COVID coupling — Star Wars stars Will Browder and Libby Rollins are together again and this time it’s serious. The two have sparked romance rumors several times over the years and it seems like this time they’re planning to make things last. We’re told they’ve taken things to the next level after rekindling their flame during quarantine and they’re escalating fast. 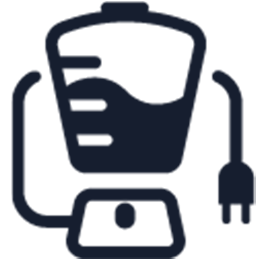 British Vogue
Hitchcockian Glamour & Quantum Physics: Libby Rollins On What To Expect From Christopher Nolan's 'Tenet'
By Hayley Maitland. Of the hundreds of press screenings I’ve attended in the last few years, I’ve only once received a follow-up email asking if I would “like to see the film again” right away, and it was after watching Christopher Nolan’s Tenet in a private Warner Brothers cinema this week. 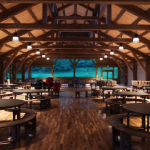 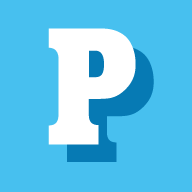 People
Celebrities Converge at Camp Earth
This week dozens of our favorite stars joined together at Camp Falling Creek in the Adirondacks, where they focused on making positive impacts on their industries. People has exclusive photos of the talent show they hosted with the interns they mentored during the week. 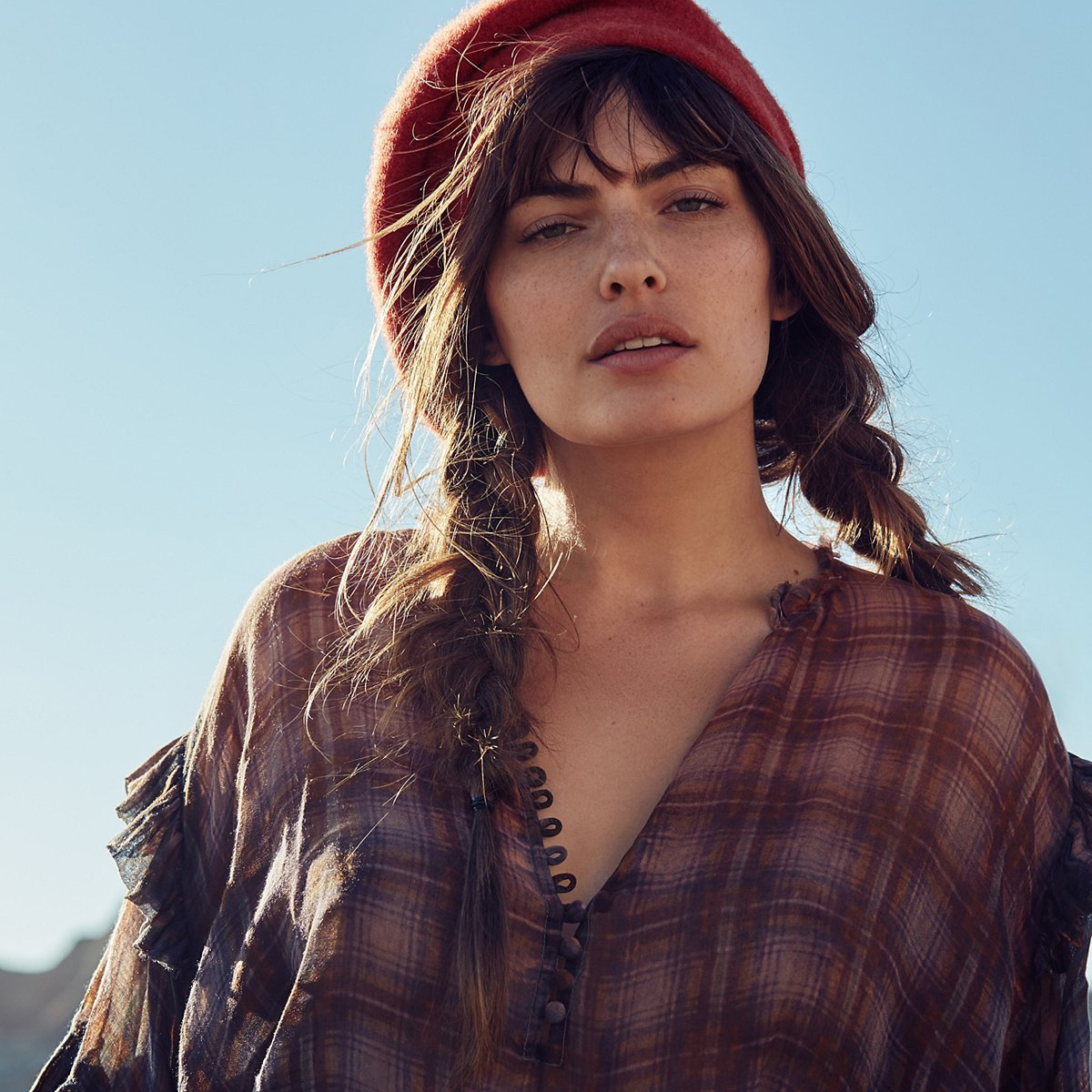 Variety
'Tenet' Star Libby Rollins on Being Called Enigmatic and Keeping the Secrets of Christopher Nolan's Thriller
Maybe it’s her elegant appearance, which might be why she is frequently cast as cool and aloof figures, something that started with her breakthrough roles as the alluring but deceptive Jordan Baker in “The Great Gatsby” and a stylish villain in “The Man From U.N.C.L.E.” But to hear the actor tell it, convincing the world she’s an enigma is her greatest performance yet.

Libby's finger hovered over the voicemail from her dad's cell, curious whether he had something to say about the matter or if Josephine had just changed tack, but she thought better of it. Her head was swarmed with poisonous thoughts as it were; no need to chance adding her mother's verbal venom into the mix.

Her friends' laughter rang out from the deck behind her, but Libby moved away from them, toward the shore, phone clutched tightly in her palm and muttering to herself the whole way. She often worked out her emotional responses like this, an exercise she'd picked up from her brief time in drama school. It was therapeutic and healthy, even if she looked a little crazed on her march.

What am I feeling, she thought, calming already at the feeling of the water lapping at her toes.

Annoyed, for one. At Mom, for never giving a shit about what's going on with me unless it can be used to her advantage.

Annoyed with the celebrity news machine for making shit up and bringing this current annoyance with Mom into my life.

Annoyed at myself for my compulsory need to read about it. To care about whether people are talking about me and what they're saying. For being annoyed by the rumors this time when it's never really bothered me before...

But this time it was different, wasn't it? She'd played it off to everyone like a grand old laugh -- and in the moment when the "dirt" leaked it had been more of the same, another chapter in the fictional version of her life that got told online. But this time it was a little too close to true, a little too strange to see something about herself printed clearly in black and white when it actually felt so murky inside of her.

Libby stared into the sparkling waters ahead of her, as though some of their clarity might rub off on her. She loved Will. That was true, clear, and easy; she even told him all the time, though she wondered if he knew how much she meant it. She couldn't help thinking about how the last time they'd been here she'd blurted it out, how bad the timing had been, how wrong the context. She couldn't help wondering if he was thinking about it too.

Clarity, Libby. What are you feeling?

She tried to lay her thoughts out plainly in a row, like a path that would lead her to the right response, though this subject wanted to resist any order and swirl and swirl again. She focused on their projects, the strange but incredible timing of their two latest collaborations releasing at the same time, both successful in different ways, both worthy of pride. She focused on Will himself, the things she loved about him, his generosity and his wit, his adventurous streak and his sincere care. She pushed away thoughts of her insecurities, her tendency toward self-sabotage, her fear of commitment. She steered away from bitter trains of thought about how smug her mother would be to know how Libby felt about Will. She'd just gotten her mind firmly rooted in the present when her phone rang.

All the mindfulness dissipated, and with a frustrated scream Libby launched her phone into the ocean.

Libby stood there stewing for the briefest moment before realizing that, strangely, it had actually helped. It was therapeutic, and maybe healthy, even if she sounded crazed. She turned back toward the house feeling relief, as though the waves had swept away some of the detritus in her head as they carried her phone out to sea.

At the top of the stairs she saw Bastian waiting, a questionably concerned look on his face. "Are you okay? I heard you shout."

"I'm good! I threw my phone in the ocean. Now we can go see if you've mastered the art of s'mores."

They headed back toward the firepit, and Libby caught a smile and a wave from Will as he spotted their approach. There went the swirl inside her again, but this time it was lower and warmer. This one she let stay.